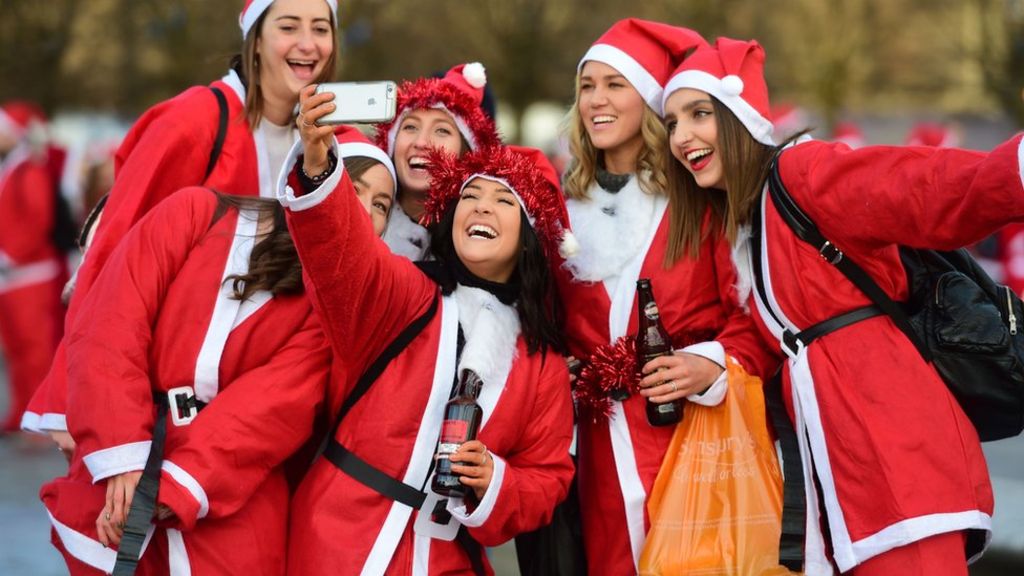 Thousands of Santas have taken to the streets of London for this year’s SantaCon.

The event, which is part procession, portion saloon creep, learns revellers dress up as Father Christmas for a merry party fuelled by mulled wine and mince pies.

The non-profit parade takes place in London one Saturday each December.