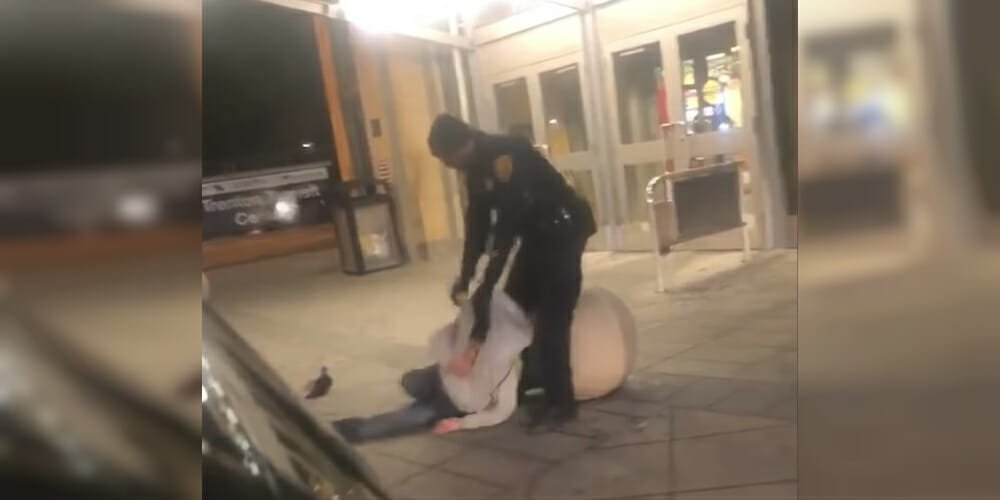 New Jersey Transit Police has launched an internal investigation over a video of an officer dragging and thumping a semiconscious man.

The incident was recorded by a woman who spoke to WPVI-TV on the condition of anonymity. She said she started recording when she heard commotion around 10:30 pm on Saturday while waiting to be picked up from the Trenton Transit Center.

In the video, the unidentified transit policeman can be dragging a boy who appears to be semi-conscious, then throwing him on the ground. The man seems unable to respond to the officer’s terms or educations, as the policeman yells,” Get up and get out now !”

The officer leaves the man on the ground for a few seconds before commanding repeatedly that he get up again while dragging him farther from all the regions of the cement. The policeman then flings the three men to the ground and makes him, wailing at him repeatedly to” Get the fucking around .”

The woman who recorded the officer said that the three men had been softly sitting against a wall when she exited the station. Her telephone ran out of power while she was recording the video, but she said the policeman continued screaming at and making the man and dragging his face from all the regions of the ground for another five minutes.