‘Nothing but a holiday resort?’ Revisiting 1939 Cornwall 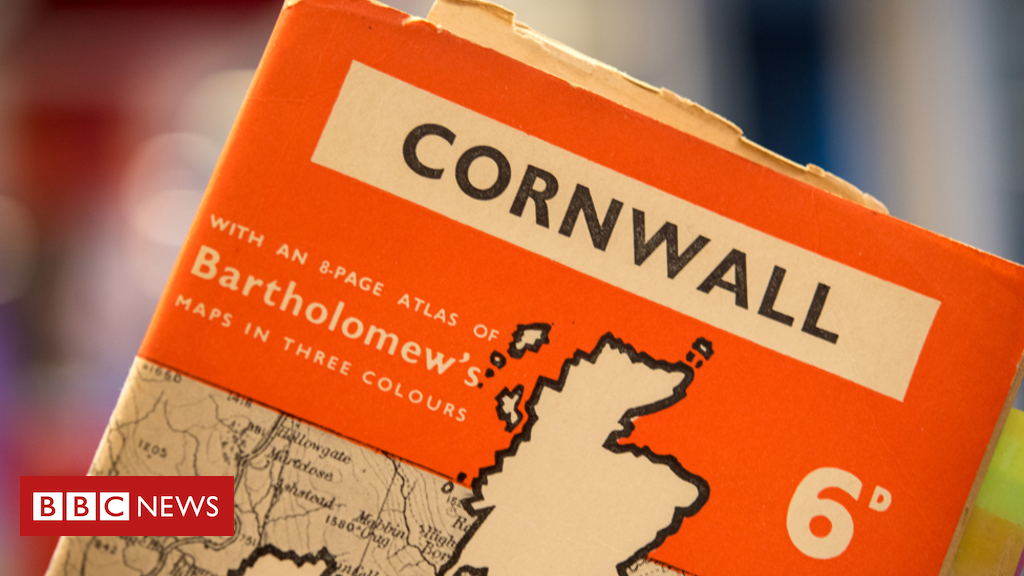 ‘Nothing but a holiday resort?’ Revisiting 1939 Cornwall

In 1939, the newly founded Penguin Books published six guides to various English counties, complete with touring maps, aimed at the middle-class motorist. Emma Jane Kirby has been driving around the UK with those first-edition guides in her hand to see how Britain has changed since the start of World War Two. Next stop: Cornwall.

The sea is throwing a tantrum today, smashing and fitting against the harbour wall and flinging a spiteful wind up the sand and inside the worn rubber seals of my window frame. I’m sitting drinking tea and eating clotted-cream Cornish shortbread biscuits in my Newquay hotel room, leafing through my 1939 Penguin guide to Cornwall and smiling at writer J W Lambert’s often irritable tone. He seemed to feel his county was going rather off-kilter in the 1930 s – and he certainly wasn’t a fan of Newquay.

“Newquay is nothing but a holiday resort, ” he writes.

A fat seagull, puffed up against the wind sits on my windowsill and winkings at me reprovingly. I open the window a little and crumble some of my clotted cream shortbread for it. The fowl peers briefly at the crumb and then just seems up and stares at me. A mournful line from my guidebook pops into my head.

“Cornish ointment, like Punch, is not as good as it was…” – a reference to the Victorian-era satirical publication that lingered on until 2002.

It might of course have been the impending conflict that coloured J W Lambert’s outlook, but he certainly appeared to feel that his beloved district had already seen its best by 1939. Take his pessimistic belief on the fishing industry and the decline of that most Cornish of fish, the pilchard.

“Unhappily the story of Cornish fishing is just as dismal as its mining, if not more so. It is regrettably true that even if pilchards were abundant it would be difficult to find a market for them. Many English people do not like pilchards in any form and it seems improbable that even the Cornish could be persuaded … to eat quite so many of them as they did.”

Newquay fishmonger Gareth Horner shakes his head as he rakes the ice around two large crabs on his counter. I notice that virtually all his produce has the black-and-white Cornish flag next to it, stating its provenance, but there’s not a single pilchard to be seen.

“Come back in the summer and you’ll find people queuing for them to grill on the barbecue, ” he grins. “Of course, we don’t call them pilchards any more – we call them Cornish sardines – it’s the same fish but it’s all about marketing! “

Horner, who’s the third largest fishmonger in his family, tells me that in J W Lambert’s day, after the decline of the mackerel trawlers, the local fishing industry did indeed take a tumble. But 80 years on, he assures me, fish stocks are recuperating and there are plenty of day crafts going out catching fish with hooking and line off the Cornish coast.

“These periods, ” he explains as he selects some Cornish hake for a patron, “people care about fish conservation and want to know where and how their fish is caught.”

Or catch up afterwards on the BBC iPlayer

J W Lambert, with his verdict on Perranporth

Image caption Chapels have to move with the times, says Rev Wild