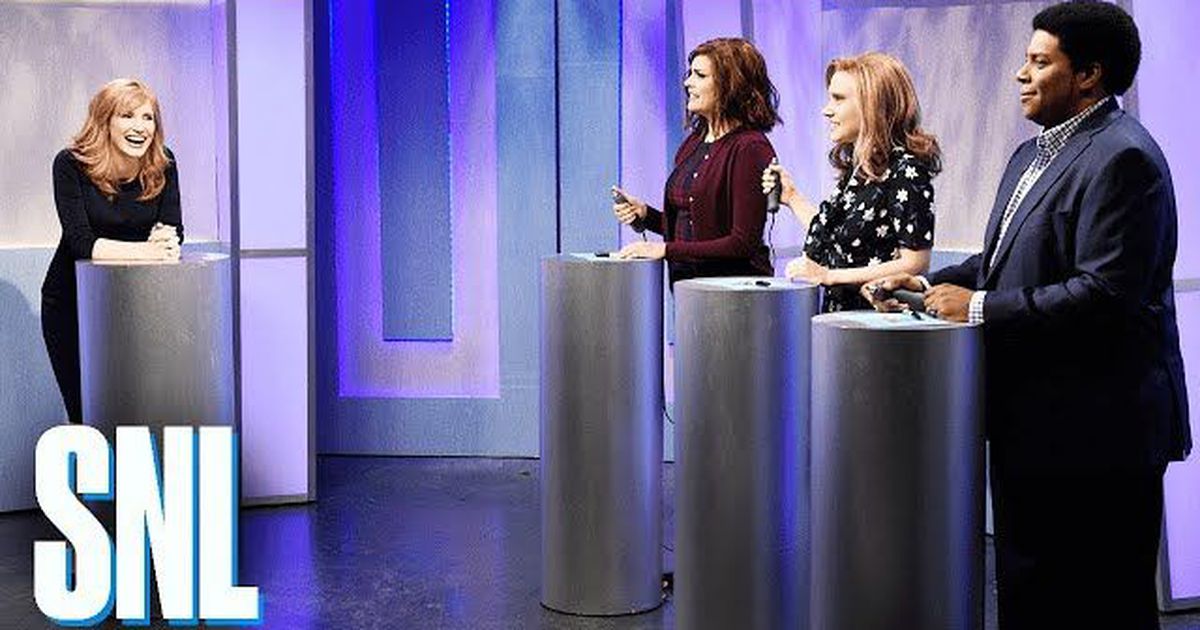 In a surreal- yet too real- moment on Saturday Night Live tonight, Jessica Chastain intentionally violated character as a talk display host to lament, what even topics anymore?

Chastain ostensibly plays host Veronica Elders, quizzing contestants played by Cecily Strong, Kate McKinnon, and Kenan Thompson on whether newsworthy things President Trump has said or done lately even rate among his base or the media today.

Not astonishingly , nothing does.

“The president burns Robert Mueller, the very man investigating him for treason. Does it even matter? ” host Veronica asks.

“He hasn’t done that yet, ” Strong’s character clarifies.

“Yeah, but he’s gonna, so you know, when he does, will it even matter? ” Veronica continues, buzzing out Strong’s answer when she been shown that, despite the fact that it would traverse a line, it would make a lick of difference.

The wheels start to fall off when Veronica comes up with more and more outlandish future events, giving up on the game show format wholly to chug a bottle of wine while the contestants write their own nutso suggestions of what the president could do that would possibly lead to any sort of consequences.

That’s when McKinnon tells Chastain- not “Veronica”- she doesn’t have to do this.

“Jessica, we know you’re upset about the way our country’s going, but you can’t merely, like, build a whole game show situate and construct us pretend to be contenders, ” Strong adds.

She concludes the depict with a group hug.

It’s been a year. We could all use a hug.