About 1,000 staff expected to lose their jobs as administrators called in 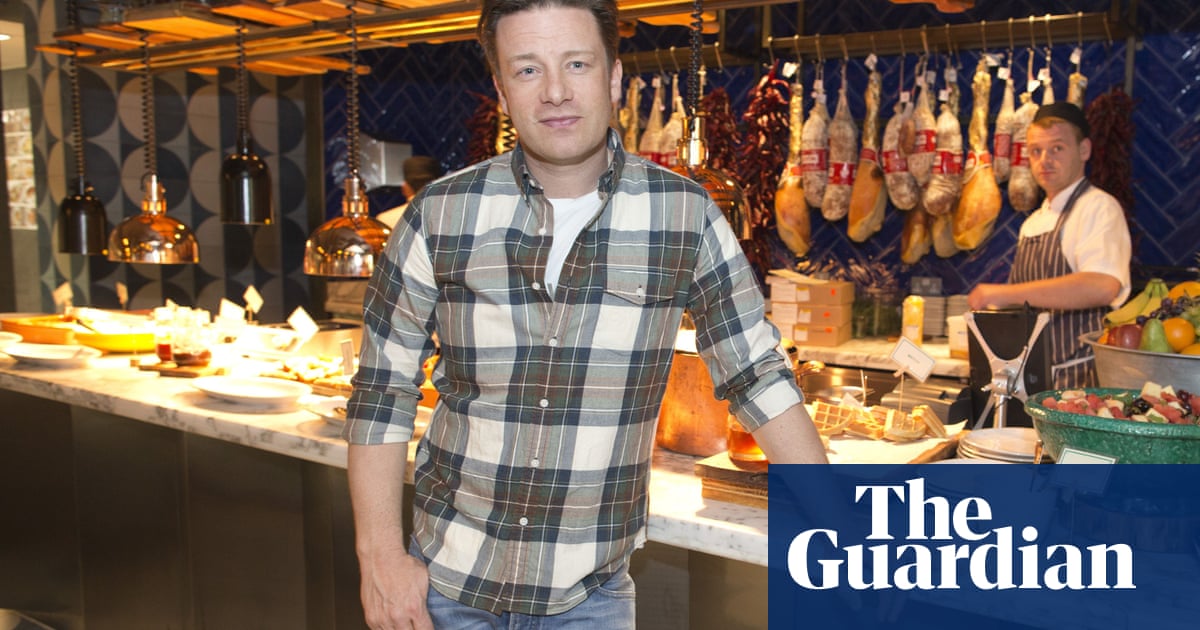 All but three of Jamie Olivers 25 UK restaurants have closed, with the loss of 1,000 jobs, after the business called in administrators.

The celebrity chef said he was deeply saddened by the blow to his restaurant empire, which began with the opening of Fifteen in London in 2002. Only his three outlets at Gatwick airport will remain in operation as administrators seek a buyer. But a further 300 jobs, mostly at the Gatwick outlets, remain at risk.

Oliver, 43, thanked staff and suppliers who had put their hearts and souls into the business as he credited his chains with transforming high street dining.

I appreciate how difficult this is for everyone affected, he said. We launched Jamies Italian in 2008 with the intention of positively disrupting mid-market dining in the UK high street, with great value and much higher quality ingredients, best-in-class animal welfare standards and an amazing team who shared my passion for great food and service. And we did exactly that.

Jamie Oliver Restaurant Group, which includes 22 Jamies Italian outlets, plus the Fifteen and Barbecoa restaurants in London and a Jamies Diner at Gatwick airport, appointed KPMG as administrators on Tuesday.

The administration does not affect more than 61 overseas outlets, including 25 Jamies Italians, or Fifteen in Cornwall, all of which are run by franchisees.

A 10-year deal with the US caterer Aramark to open franchise sites in universities, hospitals and other locations in the UK and overseas was also unaffected.

Will Wright, a partner at KPMG and the joint administrator, said: The current trading environment for companies across the casual dining sector is as tough as Ive ever seen. The directors at Jamie Oliver Restaurant Group have worked tirelessly to stabilise the business against a backdrop of rising costs and brittle consumer confidence.

However, after a sales process which sought to bring new investment into the business proved unsuccessful, the team took the incredibly difficult decision to appoint administrators.

Wright said that all but the Gatwick outlets two Jamies Italian branches and a Jamie Olivers Diner had been closed as there had been insufficient funds available to continue to trade the rest of the business.

Our priority in the coming hours and days is to work with those employees who have been made redundant, providing any support and assistance they need, he said.

All restaurant staff salaries would be paid up until Tuesday, according to the administrator.

The company had been seeking buyers in recent months after Oliver decided to sell up amid heavy competition in the casual dining market, where other chains, such as Carluccios, Byron Burger and Gourmet Burger Kitchen, had already closed outlets.

The boom which increased the number of chain restaurants by a quarter in five years has come to an abrupt end, with about six net closures a month in the past year. In March, Britain had 5,785 chain restaurants, 1.1% fewer than the same month last year, according to research by CGA and advisory firm AlixPartners.

Full-service restaurants, such as Jamies Italian, are bearing the brunt of the change in behaviour, with sales down 6% year on year, according to the market research firm Kantar.

Simon Quirk, a consumer specialist at Kantar, said that as economic and political uncertainty dented confidence, diners had been reluctant to splash out on premium meals. They had switched to cheaper dining at coffee shops and cafes, or gone for more exciting experiences, such as dine-in markets or in-store cafes, that are part of a day out.

Sales at Jamies Italian dived by nearly 11% last year to 101m as it closed 12 restaurants and made about 600 staff redundant.

The collapse of his restaurant empire will be a blow to Oliver, who got his big break when a visiting TV crew spotted him working at the River Cafe in Hammersmith in 1997, leading to his own show The Naked Chef.

He went on to build a TV, publishing and restaurant empire which has had its ups and downs.

In October 2017, his food magazine, Jamie, ceased publication after almost 10 years. The business slumped to a loss of nearly 20m last year, dragged down by a grim year at the restaurant chain.