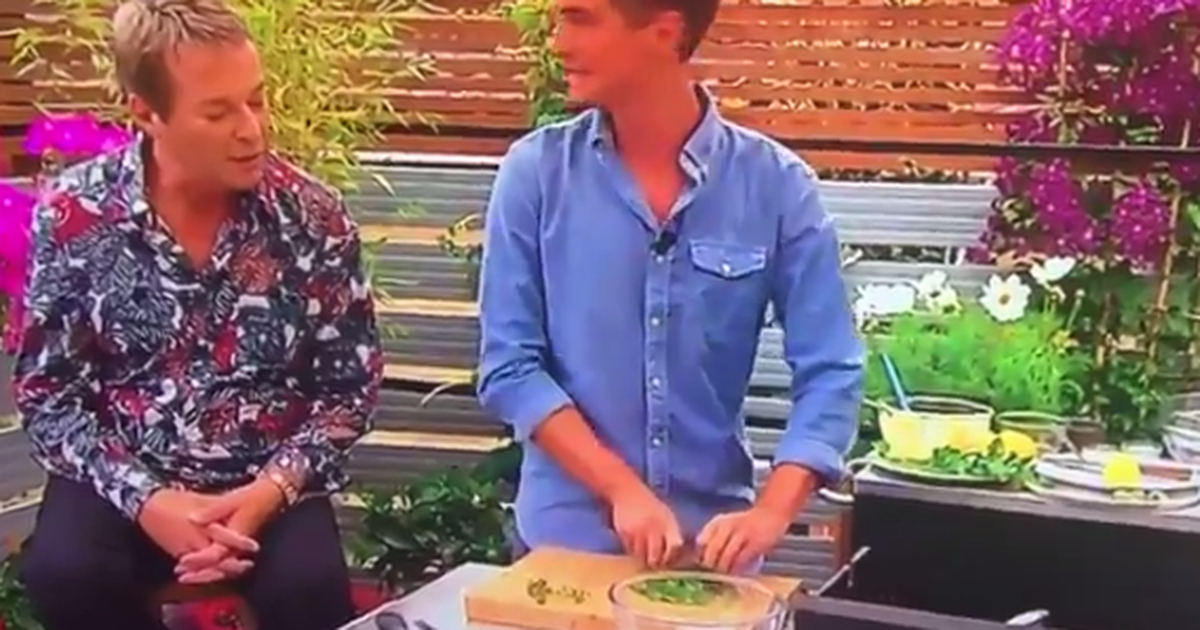 Ever get kinda nervous while you’re watching a cook chop away at veggies on television? Well, we are sorry to report that particular nightmare has actually transpired.

BBC Saturday Kitchen host Donal Skehan sustained a nasty cut on his finger during a show on this week’s broadcast with cook Jun Tanaka and comedian Julian Clary.

Amazingly, Skehan scarcely cringed when Tanaka asked him if he’d cut himself, he simply said, “I’m fine. We’ll merely cracking on through.” Imagine.

They did indeed finish the segment Clary eventually handed Skehan a towel with which to wrap his extremely bloody wound.

“Nothing like a bit of blood on a Saturday morning simply to get you alive and kicking, ” Skehan said.

And the internet is very impressed with his professionalism.

He did so well not to swear. Bless him.

Could be worse pic.twitter.com/ BD1fg72oxx

Shiiiiiit he a better boy than me

@DonalSkehan lasted longer then I would having cut my finger. I’d have hit the deck! Professional as ever! #SaturdayKitchen

Later, Skehan thanked his adoring( and obsessed) public for their kind tweets. “Key is as always to KEEP BLOODY GOING! ” he wrote.

Well nothing like cutting your finger live on Tv on a Saturday morning to maintenance you on your toes! Key is as always to KEEP BLOODY GOING! pic.twitter.com/ FdTwyxtSuz