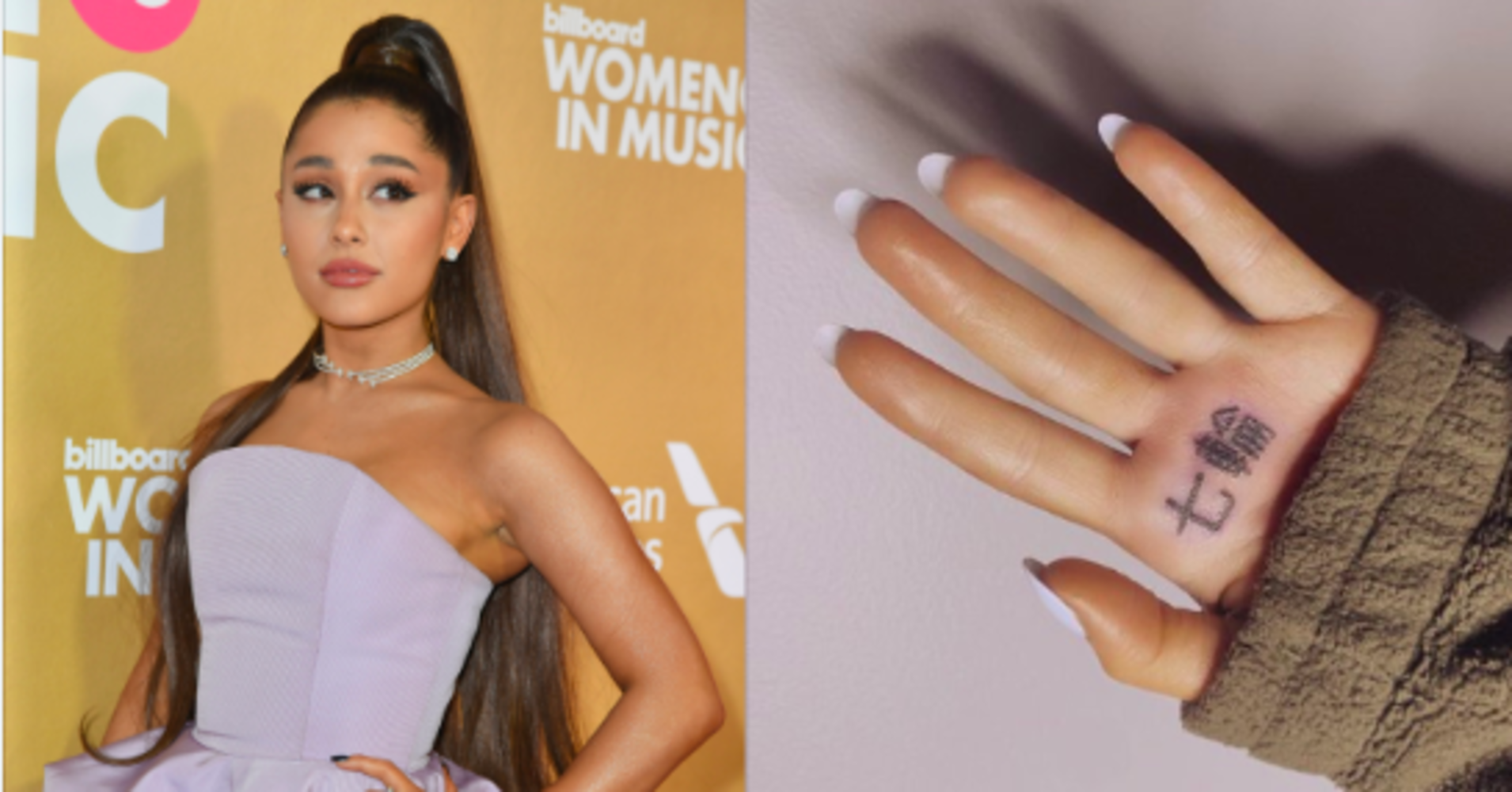 If you’re going to get a tattoo in a language you don’t speak, a quick Google search never hurts.

Ariana Grande appears to have overlooked this step, falling prey to a common tattoo fail ― inking incorrect Japanese kanji characters on the palm of her hand.

The pop star intended to permanently pay tribute to her new single “7 Rings” with some body art. Instead, she tattooed the word “shichirin,” which translates to a small Japanese-style charcoal grill.

The “thank u, next” singer debuted the new ink on Instagram Tuesday with a photo of her palm to commemorate the single and its record-breaking music video, which correctly featured the Japanese translation of “7 Rings”: 七つの指輪.

But fans were quick to point out that Grande’s new tattoo, without the three middle characters, takes on an entirely different meaning.

“I’M SCREAMING did ariana grande really tattoo the japanese kanji of bbq grill on her hand SIS…. ” one fan wrote on Twitter.

“ariana grande getting an incorrectly google translated tattoo in japanese is karma for trying to user another culture as an accessory,” another added.  “imagine tattooing bbq grill onto ur hand omg…”

Grande later scrubbed the image from her social media accounts, along with tweets responding to the misspelling.

She later explained that she “left out つの指 which should have gone in between” her tattoo characters in a pair of since-deleted tweets.

“It hurt like fuck n still looks tight. I wouldn’t have lasted one more symbol lmao. But this spot also peels a ton and won’t last so if I miss it enough I’ll suffer thru the whole thing next time,” she wrote.

Grande has been on a Japanese ink kick as of late, adding a rather large arm tattoo of the Pokemon figure Eevee and the characters for “let’s sing” directly below it in recent months.

And, in case her new palm tattoo doesn’t fade, maybe a deal with a Japanese barbecue brand is within reach?